The course is situated on 165 acres of low, undulating woodland between Farnborough and Aldershot. It has a par of 71 and features three par three and two par five holes. The par threes, the shortest of which is 168 yards, are a particular challenge for most golfers.

Measuring 6,550 yards from the white tees, our course is one of the longest golf courses in this area although the fairly level terrain means it remains a comfortable walk for most players.

Today's course layout was established in the 1960's and during the summer the greens are reputed as being among the best in Hampshire. Mature trees and rhododendrons border many of the shaped fairways and provide a blaze of colour in the spring. Groups of small deer can frequently be seen quietly observing play from woodland clearings adjacent to the fairways.

Bridges, each bearing the cap badge of regiments, span ditches that provide attractive features. These ditches ensure, that surplus rainfall is dispatched efficiently allowing the fairways to remain firm and playable.

The first hole is a fairly straight-forward par 5 running alongside the Basingstoke Canal. The following two holes allow you to settle into your game before rising to take on a mixture of challenging holes from four through to fourteen.

Our halfway house provides an ideal place to pick up some refreshments during a round. The fifteenth hole is now identified as the "signature hole" of the Army course. Beautifully remodelled in 2001 it features a stream flowing between well-supported banks in front of a forward sloping green. From any tee positions two solid, well-placed shots are needed to reach the green.

The final four holes provide a demanding finish for even the most accomplished player. The eighteenth features a large two-tiered green, rebuilt in 2003, requiring skill and concentration to read the borrows and avoid that dreaded three putt!

From the final green it is only a short walk up the bank to the clubhouse and some well earned refreshment. 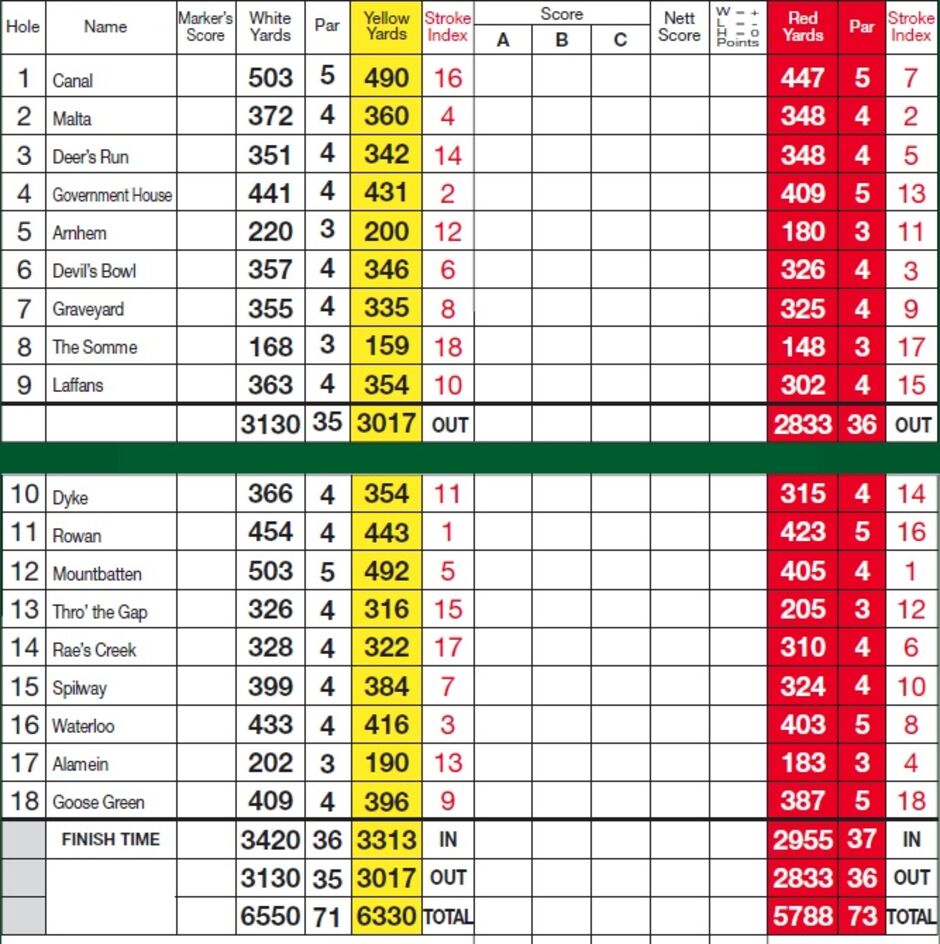